In this chat, Kyle and Stephan talk about all things wildlife. Not just the big ones like moose, bears, and elk, but the little creatures that make up our ecosystem. Kyle dives into some of the big projects that the Foundation is working on, such as modifying fences to make them friendlier to wildlife movement and some initiatives that help reduce wildlife-vehicle collisions. Stephan and Kyle also talk about some of the elusive wildlife in the Tetons such as the mountain lions and wolverines.

Sharel Lund is the Executive Director of One22 Resource Center. Originally from the Seattle area, Sharel moved out to Jackson over 31 years ago. After a decade of working in advertising and retail, Sharel transitioned to the nonprofit sector where she has helped local residents in her roles at the Community Safety Network and One22 Resource Center.

In this episode, Sharel and Stephan discuss some of the real problems that residents are facing and how Jackson has the perception of being a Utopia. Sharel talks about her work for the Community Safety Network, an organization that provides a refuge for people affected by domestic violence, sexual assault and stalking. She then goes into what the One22 Resource Center does for the community.

In this episode, Carrie tells the story of how she made her way out to Jackson over 30 years ago. She goes into how she transitioned into the non-profit world when she became the founding director at the Center of Wonder. Carrie shares her love for art and the incredible talent Jackson has to offer. Stephan and Carrie then talk about some of the beautiful installations that Jackson Hole Public Art has helped create such as the giant troll installation at R Park, Mama Mimi.

Leslie Mattson is the President of The Grand Teton National Park Foundation. She has over 35 years of experience in nonprofit administration and fundraising. Since 2004, Leslie has helped raise over $80 million from private sector donors for park projects, including the renewal of the trails and educational elements at Jenny Lake, partnering with the National Park Service on the construction of the Craig Thomas Discovery and Visitor Center, and supporting wildlife conservation, youth engagement, and cultural resource improvement projects in Grand Teton National Park.

In this episode, Leslie shares why she left the northeast and made her way out to Jackson over 32 years ago. She talks about how the Jackson Hole non-profit community has changed and developed over the decades. Stephan and Leslie then discuss the impact that The Grand Teton National Park Foundation has had in shaping the inspiring park we love today.

Amy Moore is the Executive Director at PAWS of Jackson Hole. She moved to Jackson in 2004 from Boston, MA where she spent 13 years in corporate marketing. After working in the service industry after moving out to Jackson, she took the chance at joining the nonprofit community at PAWS and she hasn’t looked back.

In this episode, Amy talks about the work that the PAWS organization does for the community. She shares how much has changed in the past 40 years with regard to saving rescued animals and controlling the pet population. Stephan and Amy also talk about the importance of cleaning up after your pet and how social media has made an impact on finding our furry friends their forever home. 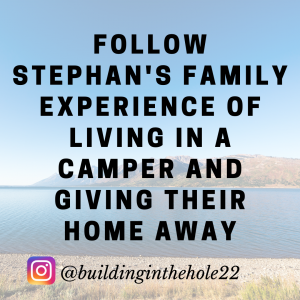